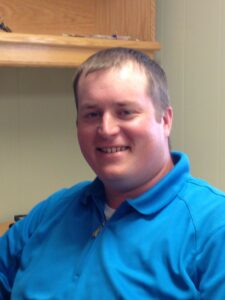 Drew has been employed at L.A. Girard Engineering since 2005 in various technical and project management roles. A graduate of Fanshawe College in London, Ontario, Drew obtained his Diploma in Architectural Technologies and has recently completed the Project Management Certificate course at the University of Western Ontario. in 2012, Drew accepted a two year placement with the registered Canadian charity, Partners In Research (PIR), in London, Ontario where he was responsible for leading engineering-focused programs for youth across Canada. From 2012/13 Drew was the Project Manager for the STEM Camp initiative which offered activities at summer camp in the areas of science, technology, engineering and mathematics. In 2013/14 Drew accepted the Project Manager role for Connected North, a program designed to bring engineering and science content to Inuit communities across northern Canada. Following his experience at PIR, Drew became a co-owner in Girard Engineering in 2015 and is looking forward to meeting the challenges of his new role.

Drew is responsible for the following:

Preparation of Construction/Working drawings inclusive of As-Constructed Drawings, Application Forms, Designer Information Forms, and other required paperwork for the following:

Building & Site Inspections and Site Surveys of the above listed projects for conformance to the supplied Engineered Drawings & Shop Drawings and the Ontario Building Code.

The preparation of Building Condition Reports and Reserve Fund Studies for the purposes of Condo Conversions.